# Could a Server with This Mod Work with Vanilla Client?

# Could a Client with This Mod Work with Vanilla Server?

A client with this mod should be able to join a vanilla server (if not, report the issue).

# Could a Portal Link to Another Server?

# What Happens if I Remove ImmPtl?

All see-through portals will vanish. Even if you re-install ImmPtl, the portals cannot recover. (Portals in unloaded chunks may remain.)

# Can Fluid, Redstone and Light Work Across a Portal?

No. This mod's portal supports scaling and rotation transformation. The portal can be in anywhere and be in any orientation. It's hard to imagine how redstone signal transfers when the blocks are not aligned. 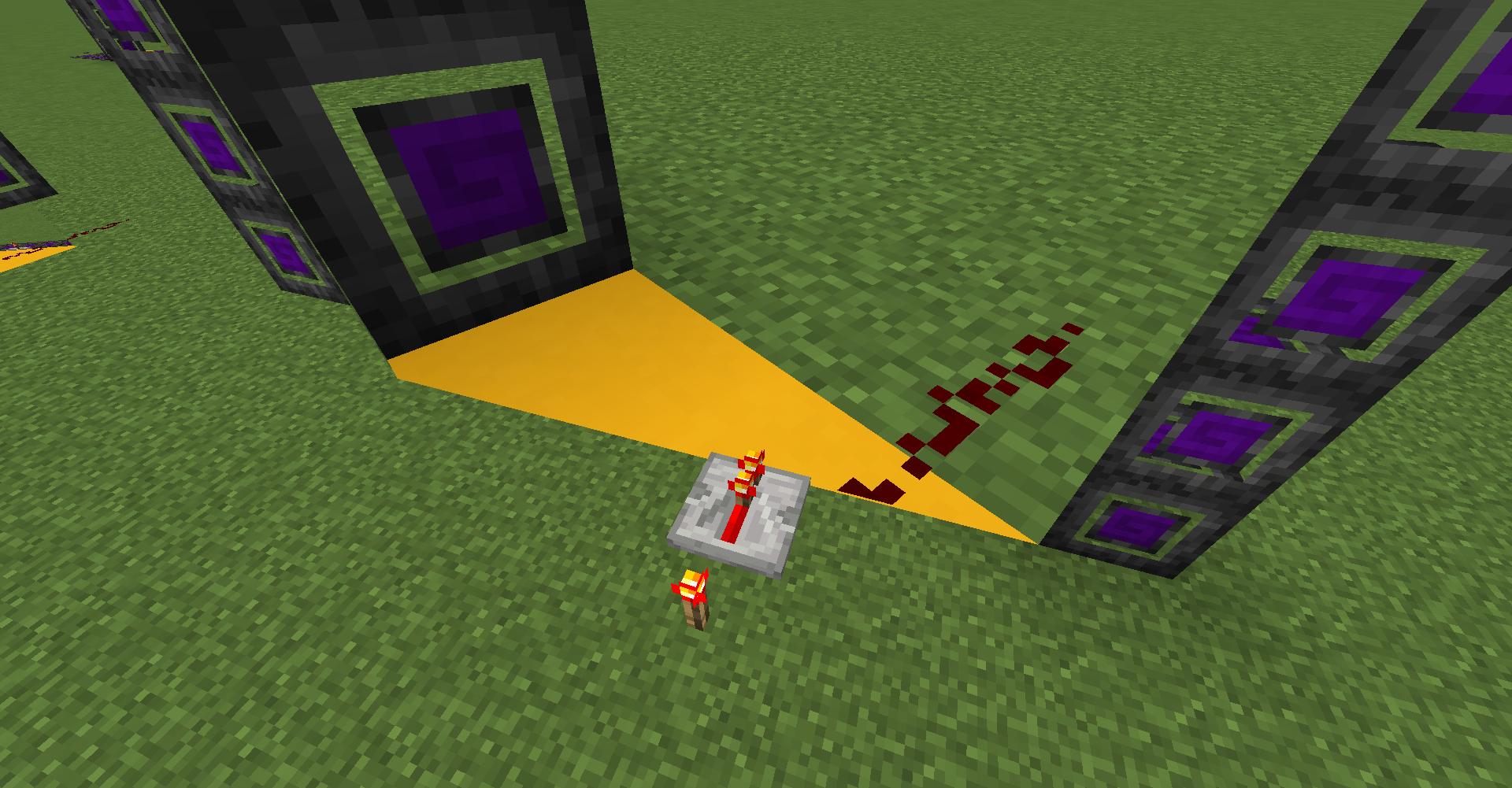 But you can use entities to carry signals through a portal. For example, an item dispenser on one side and a hopper on the other side.

Although it's possible to implement cross portal redstone and fluid when the portal is aligned with blocks, it would be very hard to implement. And cross-portal redstone machines won't be stable because of the chunk loading delay.

About lighting: The nether portals by default has glowstone-level lighting. For custom portals, you can put lights behind the portal to make it looks seamless.

# Upgrade a World that Have Immersive Portals Things